Do This Exercise. It Will Improve Your Posture.

Sitting in front of a computer, texting or scrolling through social media on your phone (i.e. “text neck”!), and studying at a desk are all common activities that promote poor posture.  The combination of daily sedentary living and the downward act of gravity has led many of us to exhibit muscle imbalances, which is a form of functional dysfunction.  It is important to address these muscle imbalances associated with poor posture as they can lead to significant discomfort and pain while sitting, standing or moving.

Our body is brilliantly designed where each muscle has an optimal resting length and the muscles surrounding each joint are intended to work together.  However, if one (or more) muscle becomes over-active and shortened, the muscle on the opposite side of the joint will respond by lengthening (i.e. under-active); therefore, both muscles are not at their optimal resting length.  The muscle imbalances result from us repetitively assuming a non-optimal posture (i.e. slouching in our chair, sitting cross-legged, etc.), often for multiple hours per day, day-after-day.  Our body is acutely adaptive; therefore, if we frequently practice poor posture, the body will become accustomed to this and will want to continually stay in this position. 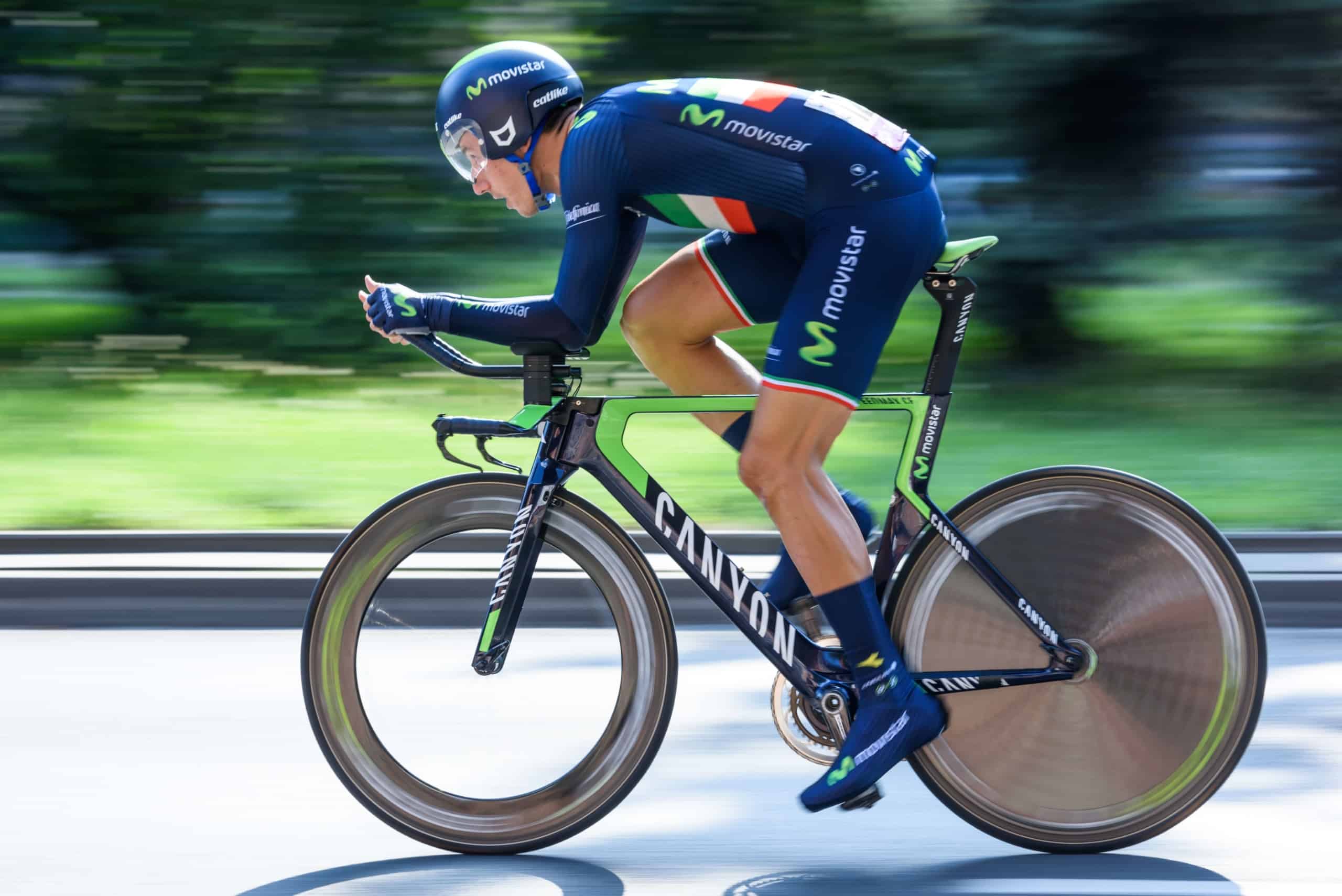 When seated, poor posture usually consists of the head being forward, shoulders internally rotated, and the upper back rounded.  In addition, when we are seated the hip flexors are in a shortened position.  If we sit for extended periods of time day-in-and-day-out, the hip flexors can become chronically shortened, even when we are not sitting, resulting in an anterior tilt of the pelvis (i.e. not neutral).  When this occurs, our hamstrings will respond by lengthening which can increase the likelihood of a hamstring strain and lower back pain. 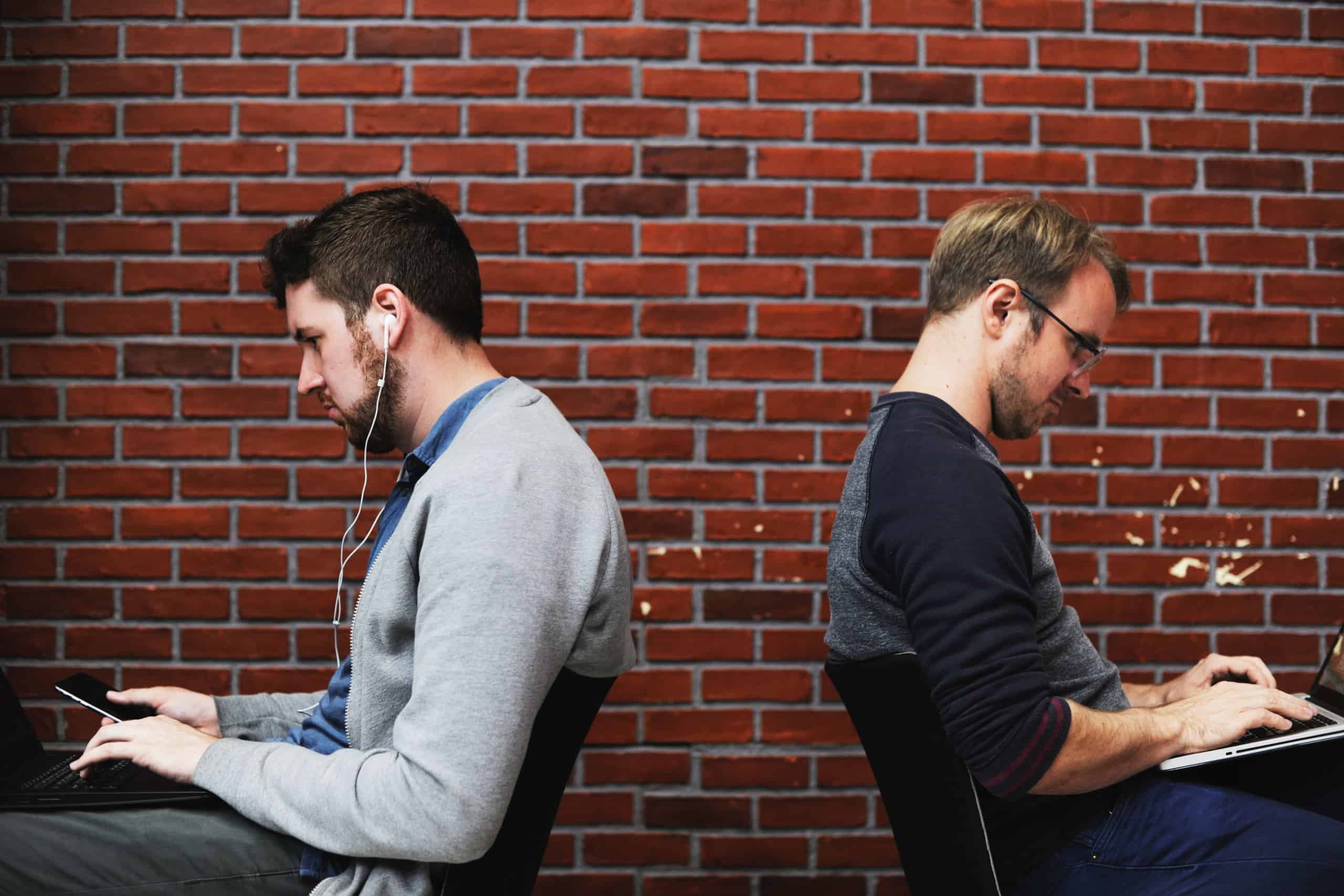 Vladimir Janda, a Czech physician and physical therapist, is best known for developing systems to assess and correct movement dysfunction.  The two main patterns he coined were “Upper Crossed Syndrome” (UCS) and “Lower Crossed Syndrome” (LCS).  With UCS, the pectorals, upper trapezius, latissimus dorsi, and levator scapula are over-active (i.e. shortened and feel tight) while the rhomboids (muscles between the shoulder blades), lower trapezius, and posterior rotator cuff are inhibited (i.e. weak).  This pattern of muscle imbalance is seen time and time again among people who have poor posture from desk-jobs or other sedentary lifestyle habits.  The LCS is associated with tight or over active hip flexors (iliopsoas, rectus femoris), hamstrings, low back (erector spinae and quadratus lumborum) and calves (gastrocnemius and soleus) along with weak or inhibited glutes, quadriceps and abdominals (transversus abdominis, obliques, and rectus abdominis).

To combat the muscle imbalance associated with Upper Crossed Syndrome, we have our clients perform the exercise below:

This exercise is a slightly modified version of Alois Brugger’s Upper-Extremity Exercise (S.Falsone, Bridging the Gap from Rehab to Performance).  Brugger was a Swiss neurologist who studied pain caused by poor posture.  The main concept with this exercise is you are activating the lengthened and weakened muscles in the back (i.e. posterior chain) rather than stretching the tight and overactive muscles in the front (i.e. chest muscles).  If you activate and strengthen multiple back muscles together, the opposing muscles (i.e. the chest muscles) should respond by being less “tight”.

The National Academy of Sports Medicine (NASM) (2014, NASM Essentials of Corrective Exercise Training) has developed a corrective exercise continuum which involves 4 phases: (1) Inhibitory techniques – this can be accomplished through myofascial release, such as foam rolling, with the goal of getting overactive tissues (e.g. fascia and muscles) to release tension; (2) Lengthening techniques – different forms of stretching can then be applied to the muscle(s) you just performed myofascial release on (i.e. the inhibited muscle(s); (3) Activation techniques – used to re-educate or reactivate muscles that are inhibited; and (4) Integration techniques – integrated dynamic movement to retrain the tissues to work together.

Following NASM’s corrective exercise continuum, if you exhibit the tell-tale signs of poor posture such as forward and inward shoulders, rounded back, and head forward, we would first suggest you perform some myofascial release techniques on your pectorals (i.e. chest muscles), followed by stretching the pectorals, and then performing the posterior chain exercise (see the video above) to activate the inhibited musculature of the back.  Lastly, a full-body exercise such as a squat-to-row using a toner may be prescribed to link the entire kinetic chain together in a coordinated movement.

Commit to 60 Seconds Each Day

We suggest to our clients that your posture should be worked on daily, especially if you are primarily sitting for the majority of your day.  You may not have time during the work day to roll, stretch, activate, and integrate all at one time but, you probably have 60-seconds every couple of hours to do at least one.  Keeping a myofascial release ball and a Thera-Band handy in your desk drawer and using them a couple of times each day will go a long way towards improving your posture and minimizing your risk for pain and discomfort. 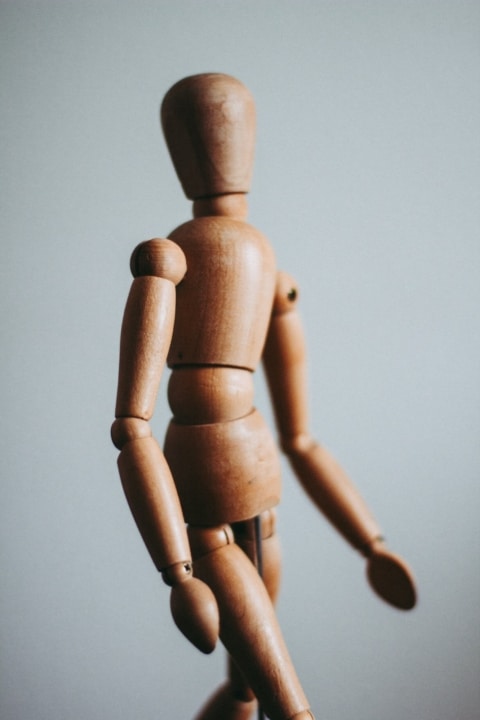 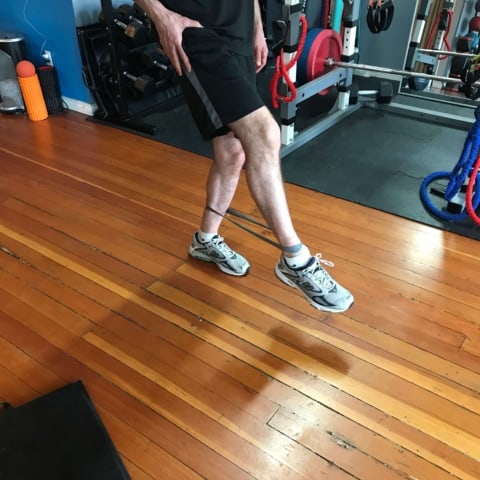